The Transaction is the Reward, not the Goal 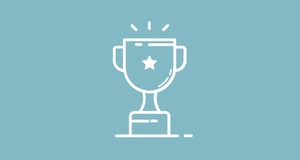 I recently had the privilege to address FreemanXP’s creative staff in a Hangout. Creative Director John Jaeger and I mused on the topic of selling ideas, and how important this skill is for creative staff at marketing agencies.

GatherRound’s clients and friends would recognize most of the subject matter (stories are better than slides), but there was a particularly sticky moment that happened as we were improvising, and it inspired this article. I hope you see the value in the below passage of our conversation, and that it might encourage some self-reflection. Or at the very least, please remember this the next time you have an idea and you need someone else to understand its value.

Early in our talk, I asked John why selling ideas is important to his agency. He answered, as the best creatives would, (I’m paraphrasing here) “Because it’s an idea economy, and we don’t get to make them if we don’t sell them.” And that’s where we’ll pick up in the dialogue:

EH:  As creative people, we want our ideas to make it to the market.

EH:  And that's what we mean by selling.  Persuading other people of the value in this idea I have (and it's completely different than selling a thing, because a thing exists). But an idea is so abstract at times that it gets really difficult. Those are skills not everybody’s born with.  We just don't wake up one day and say, "Oh, I know how to convince someone to see the value in this."

JJ:  Yeah.  …you don't want a client to just buy an idea.  You want them to buy into an idea. If I'm going to buy into something, you’d better move me.

EH:  Right. Presentations are basically advertising or marketing assignments…, because the goal is to get someone from an “I-like-that” state to an “I'm-like-that” state. You need someone to see the value in this thing that doesn't exist yet so they give you permission to make it.

JJ:  I hate to think of selling. It's weird to me, because… to me it's more like asking for permission.

"You don't want a client to just buy an idea. You want them to buy into an idea."

Wow. John, you hit the nail on the head here. In an idea economy, the transaction isn’t the goal. Moving the audience, influencing them to buy into something, is where we should set our sights. If we can make our audiences think “I’m like that,” then the sale is actually the reward. The trophy.

Transactions are all too common. From umbrellas to donuts to cars, everywhere you look, people are buying. But buying into something is far more rare.

Readers, if you walk away with anything here, let it be this:

At GatherRound, we often counsel our clients to think like creative directors, and this conversation was a reminder why we take that approach. Great CDs are fueled by a relentless motivation to see their work alive in the world. As John says, “That’s the only goal.”