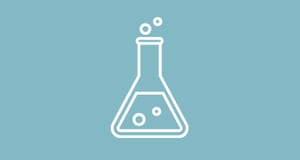 Moving an audience isn't easy. If it was, everyone would do it. But even though it can be difficult, that doesn't mean it has to be complicated. In fact, many of the most effective storytelling techniques are actually simple, neurological hacks.

Let's take a look at three primary chemical agents of motivation and how storytellers provoke them.

Thanks to cortisol, storytellers can capture an audience's attention.

You have an idea. You need your audience to act. Wouldn't it be nice if you had their undivided attention? Wouldn't it be great if they were prepared to act on your challenges? The best storytellers know how to put their audiences in that state, thanks to cortisol.

To our primitive bodies, there's absolutely no difference between a threat and an opportunity. We respond the same way in either case. The hypothalamus, pituitary gland and adrenal cortex work in concert to produce cortisol. Once cortisol works its magic in the blood stream, our bodies undergo a rapid and significant change. Because we've perceived a threat, our blood pressure increases, our livers release more sugar and our breathing escalates, oxygenating our blood and muscles. Why? We're preparing to act. We think we'll need the extra strength and stamina.

Oxytocin paves the way for empathy.

As a hormone, oxytocin has been associated with evoking feelings of contentment, reduced anxiety, calmness and security. Its production and distribution within the body increase during disclosure of emotional events, dubbing it the "trust hormone." No wonder the highest recorded levels of oxytocin in humans occur in mothers during an infant's first nursing. Oxytocin has also been tested in intergroup bonding settings, where its administration proved to help racially diverse teams agree on complicated issues. This is powerful stuff.

Dopamine is the harbinger of happy.

Neurotransmitter dopamine has an important job to do: It mediates pleasure in the brain. It's the reason we want more of something, like how that last bowl of ice cream won't likely be our last bowl of ice cream. Because the brain's dopamine transmitters become active when we're doing something we like, this agent is a particularly powerful tool. One of the brain's dopamine pathways plays a major role in reward-motivated behavior, indicting dopamine as the culprit in our bad habits, but also the administrator of our best. Interestingly, dopamine has also been credited with determining what lingers in our short-term memory. Instant gratification has a face: Dopamine.

To dial up the dopamine:

Despite how complex the human brain seems, thousands of years of cognitive sciences boil down to one underscored thought: There's very little we know about the human brain. However, what we do know places the advantage squarely in the hands of those who know how to leverage this knowledge. So tell a story. Unlock these powerful chemical agents. Watch your audience move.

Don't stop here. Presentations get stronger and ideas get stickier when you and your team invest time to train. Learn more about presentation storytelling here: Presentation Skills Training.